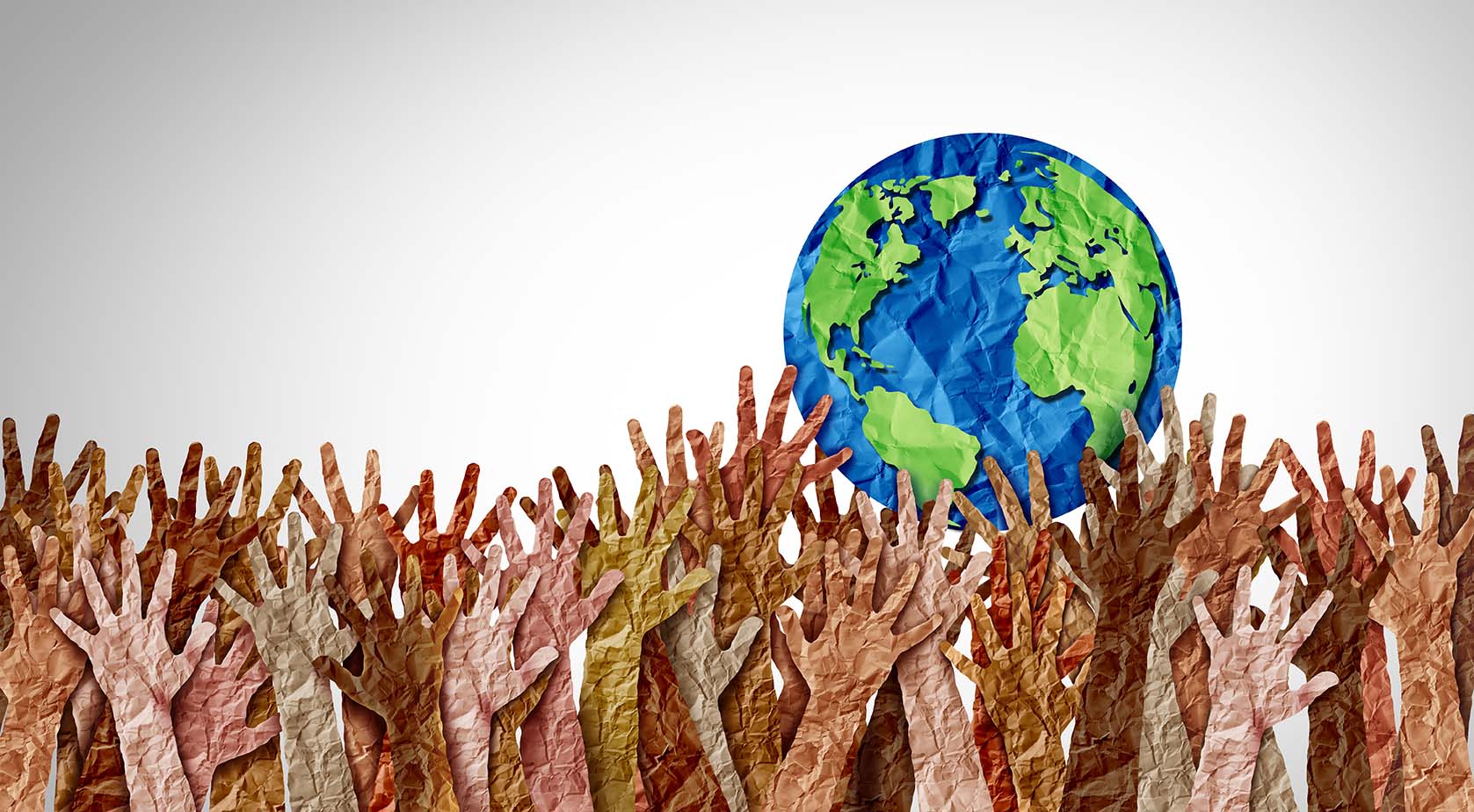 Democracy Globalized: The Promise To Be Fulfilled 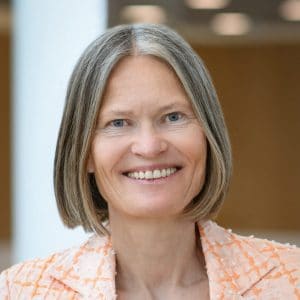 The concept of democracy is malleable, and risks becoming an empty term that embellishes political practices that do not allow those who are subject to rule to effectively vote out their rulers. At the same time, policies by states are highly shaped by factors outside the nation state. Both developments call for renewed and hard reflection on how democracy functions and what it can deliver.

There is a new struggle over the naming and framing of democracy. On 4 February 2022, China and Russia issued a joint statement in the margins of the Olympic Games on ‘International Relations Entering a New Era’, in which both states ‘share the understanding that democracy is a universal human value … and that its promotion and protection is a common responsibility of the entire world community’. This was directed against President Biden’s ‘Summit for Democracy‘ that took place in December 2021, a summit to which China, Russia, Turkey, and Hungary were not invited. Days before on 4 December 2021, the Information Office of the Chinese State Council had published the White Paper: ‘China: Democracy that works‘.

What do the rivalling powers mean by democracy? What can democratic procedures deliver at the level of nation states today? How must this form of government be adapted in view of the transnationalization and digitalization of our life worlds?

In numerous states, democratic systems of government have collapsed or have been eroded from within. Reason enough to think hard about democracy. A first step is to reflect on the characteristics of democratic decision-making procedures and what task they can and should fulfil. Phrases like ‘of the people, for the people and by the people’ (Abraham Lincoln) or ‘the people’s status as masters of the country’ (according to the Chinese White Paper) do not help much.

The White Paper’s novelty lies not in any exclusive claim by China of the label ‘democracy’. After all, it had already developed, like other (socialist) people’s or soviet democracies, a counter-model to Western liberal-capitalist democracies during the old Cold War. What seems new is China’s claim to be a role model for the Global South, its constant referal to material prosperity as the basis of democracy, its striving for a ‘balance between democracy and development’, and its calls for ‘democratic relations between nations’. All these statements should be read against the regime’s background of massive human rights violations and in the context of relentless globalization, which is at best slowing but without ending (‘slowbalization’).

Dependency on global supply chains, migration flows, and global environmental and health risks leads to uncertainty. The renewed focus on the people and their sovereignty is an understandable reaction to this. Brexit, for example, was not justified by specific grievances against certain EU policies, but by a ‘democratic decision’ of the people and the desire of citizens to ‘take back control of their money, their borders, their laws, and their waters’. The UK Parliament may again be able to legislate more in matters that were previously the responsibility of the EU. And it is states (not the WHO or the UN) that are closing borders against virus carriers and building fences against migrants. But these measures are strongly shaped by factors outside national spheres of influence, be it a European Council decision, a nuclear accident in Japan, a blockage of the Suez Canal or a virus variant in South Africa. Europeans are affected by distant events and by corresponding political reactions on the ground—without having a democratic say in them.

The same applies to political decisions at the international level. For example, the rejection of a UN-authorized military intervention in Syria was not decided by democratic process. Who should have even been entitled to vote? The Syrian people who had begged for international intervention? The taxpaying citizens of the funding or troop-contributing states?

Ten years ago, the American political scientist Dani Rodrik identified a ‘globalization trilemma’. In a globalized world, states cannot optimize democracy, national sovereignty, and economic integration at the same; one always works at the expense of the other. We must therefore decide on a case-by-case basis where the priorities between these conflicting goals should be set.

The American and Chinese advances show that both global competitors pay at least lip service to democracy. If they are serious about this, they have to extend the demand for democracy into the international and transnational sphere, which the documents of both states actually do.

The Chinese White Paper, like the previous Russian-Chinese Declaration on ‘Global Governance under Modern Conditions’ of March 2021, calls for more ‘democratic relations between nations’. This is about the inclusion of all states. The demand for ‘more democracy’ here is directed against special rights for certain states, such as the weighting of votes in international financial institutions. (The veto power of the five permanent members of the UN Security Council is not criticized by China and Russia, but by less privileged players). It is therefore a good thing that the Governing Council of the UN Environment Programme has been transformed from a club of fifty-eight states into a UN Environment Assembly with universal state participation. Significantly, this opening happened in a very weak body compared to, say, the World Bank, the International Monetary Fund, or the World Trade Organization. It is also misleading to discuss such reforms under the heading of ‘democracy’ because the reference points are not individual citizens, but states independently of their population size.

Is the effort of both the US and China towards a renewal or a new variant of democracy a step in the right direction? Or is it fake? Representatives of civil society and the private sector were also invited to Biden’s democracy summit. The social media giants in particular were called upon to take responsibility. The white paper writes of ‘democratic consultation’ at various levels and through ‘multiple channels’, of ‘deliberations’ at all levels with ‘social organizations … and the general public’, and it highlights ‘inclusiveness’. These buzzwords are not new. In the EU, the UN, and many other international organizations, procedures for consulting and involving affected groups (‘stakeholders’), citizens’ dialogues and discussion platforms are constantly being expanded and refined. What does this have to do with democracy? Where exactly is the difference between this and the ‘consultative democracy’ explained in the Chinese White Paper?

The distorted use of high-value words, which are given a completely different, even opposite meaning, is part of the bag of tricks of all rulers. In George Orwell’s 1984, the word ‘free’ was only allowed to be used in the sense of ‘the dog is free of fleas’. In China, the word ‘civil society’ may no longer be used in university teaching since Document No 9 of 2013 on the ‘seven no mentions’. In Donald Trump’s vocabulary, a number of treaties binding under international law were simply a ‘bad deal’ to walk away from.

How words are used channel our ways of thinking, but fortunately they do not completely dominate them. Reflection on the goals, achievements, and limits of democracy, post-democracy (Colin Crouch), or a ‘whole-process people’s democracy’ (according to the White Paper) is both possible and necessary. Such reflection could achieve an overlapping global consensus on the following points:

If those subject to rule have a formally guaranteed right to vote out their rulers; if the preferences of the majority cannot be enforced against the fundamental interests (rights) of disadvantaged or marginalized minorities; if the concerns of transnationally affected people, nature, animals, and future generations are taken into account, then the associated form of government deserves the name ‘democracy’. And only such a form of government would be (to vary Winston Churchill) the worst form of government, except for all the others.