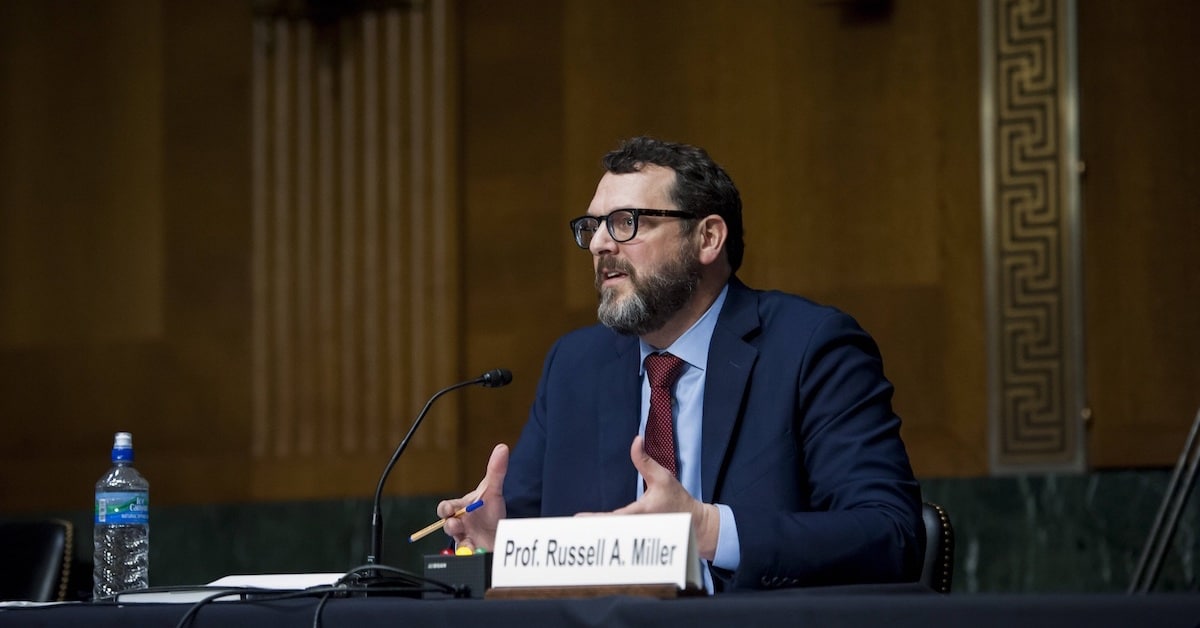 Max Planck Law is pleased to announce the appointment of Russell Miller as Senior Research Fellow and Head of the Max Planck Law network.

Miller is the J.B. Stombock Professor of Law at the Washington and Lee University School of Law in Virginia, USA.  He will be on leave from W&L University during the two-year term of his appointment as Head of Max Planck Law.

Professor Miller is a respected researcher, teacher, and scholarly entrepreneur.  His academic work focuses on public law subjects as well as comparative law theory and method.  He is regarded as a leading foreign scholar of German constitutional law and German legal culture.  He has extensive and unique experience in Germany.  He was a Robert Bosch Foundation Fellow in 1999­–2000 and during that time participated in internships at the Bundesverfassungsgericht and the European Court of Human Rights.  He returned to the Bundesverfassungsgericht as a Wissenschaftlicher Mitarbeiter at the time the Court was celebrating its fiftieth anniversary.  He earned a LLM from the University of Frankfurt in 2002 and served as a Research Fellow at the Max Planck Institute for Comparative Public Law and Public International Law .  Miller returned to the United States to take up a Professorship at the University of Idaho (2002­–2008) and then at Washington and Lee University (2008–present).  He has never strayed far from Germany and the network of law-related Max Planck Institutes.  He was a Fulbright Senior Research Fellow at the Heidelberg Max Planck Institute in 2009–2010.  He enjoyed another year-long research residence at the Heidelberg Max Planck Institute in 2015–2016.  He has had close working relationships with colleagues at , , and  .

Miller will lead the Max Planck Law initiative.  Max Planck Law brings together the eleven law-related Max Planck Institutes for interdisciplinary research and curricular collaboration.  Contacts among the law-related Max Planck Institutes have not always been easy to promote and sustain because they are located throughout Germany and Luxembourg, and because of the distinct, deep research interests pursued at the various Institutes.  Miller noted: ‘The Max Planck model, building on the unmatched scholarly profiles of the Institutes’ directors, has fostered immensely successful and impactful legal research.  That tradition will be strengthened by increased collaboration across the Institutes’ areas of expertise.  I hope my experience in the American legal academy, with its rich tradition of interdisciplinarity, will give me insight into how to promote those synergies’.

‘Professor Miller is exactly the right person to lead the Max Planck Law Network’, said Professor Stefan Vogenauer (Director), Chair of the Max Planck Law project.  Vogenauer lauded Miller’s ‘deep familiarity with the German academic culture—and especially the Max Planck research tradition—which positions him to build on our strengths and diplomatically and productively nudge us where we can improve’.

Professor Anne Peters [institute_tag id=”1209″ (Director) also praised Miller’s appointment.  She noted the priority the American legal academy places on diversity and inclusion and sees that commitment in Miller’s work.  ‘Professor Miller has actively encouraged gender equality at the German Law Journal, which has a remarkable and remarkably balanced team of talented women and men serving on its editorial board’, Professor Peters said.  Professor Miller explained that ‘the GLJ has one of the best records among leading European law journals for publishing women scholars.  In part, that’s a product of our blind-peer-review process.  But it’s also a product of our commitment to an inclusive culture.  I will continue to engage with that important agenda as Head of the Max Planck Law Network’.

Miller is excited to tackle the challenges posed by his new role.  ‘Max Planck Law is a once-in-a-lifetime opportunity’, he said, ‘because the Institutes’ research already is making significant contributions around the world to problems old and new.  We only need to amplify and multiply this world-class research’.