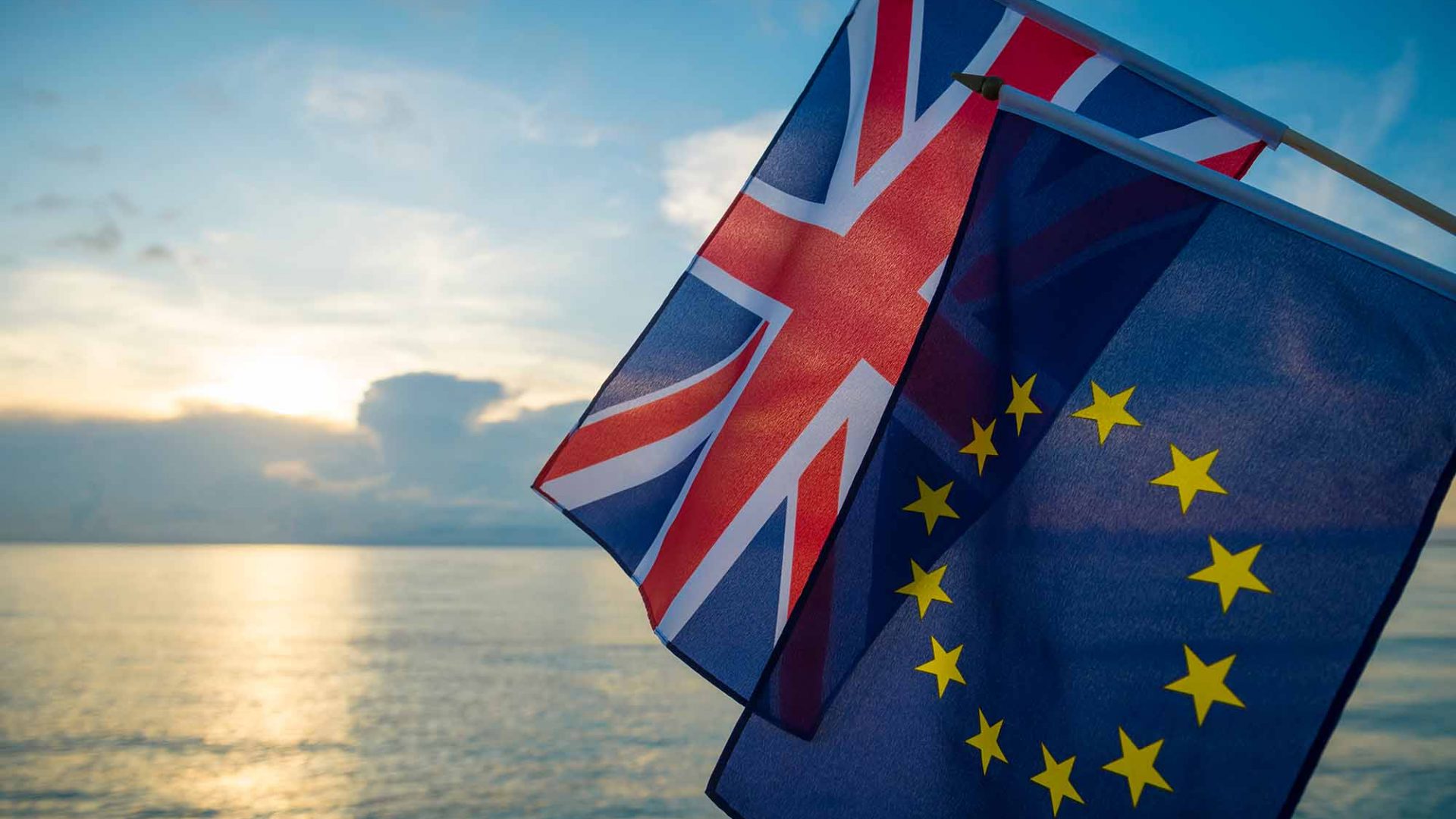 Brexit: The Lead-up to Withdrawal

The term ‘Brexit’ was coined in 2012 following the pattern of the term ‘Grexit’ earlier in the same year. For the British and many others, it became the political word of 2016. That, of course, was the year of the Brexit referendum, whose sole question was: Should the United Kingdom remain a member of the European Union or leave the European Union?

After a transition period, the UK finally withdrew from the EU legal and institutional framework at the end of 31 December 2020 and the EU-UK Trade and Cooperation Agreement (hereafter ‘Brexit  Agreement’) came into force on 1 January 2021.

The causes of Brexit are multifarious and have deep-seated roots. In ‘Brexit and the Power of Historical Narratives’, Stefan Vogenauer (Director) differentiates between immediate, recent, and profoundly long-term causes. The latter, in particular, involve the unique construction of an albeit fictitious identity in antithetical relation to Europe. This, in turn, revolves around a certain perception, formed over a long time, of sovereignty, democracy, rule of law, liberalism, cosmopolitanism, war, and continuity. It is therefore instructive to look at the historical narratives that inform Brexit ideology, to understand the past in order to access the present.

While sovereignty is but one of the identity-constituting categories that Vogenauer analyses, for most proponents of Brexit, sovereignty (in tandem with immigration) was the central issue. Sovereignty was linked to the desire to ‘take back control’ of the UK’s decision-making in relation to its trade and borders, to go it alone and to strike its own deals in the world. Yet such a notion of sovereignty is open to critique. For example, in ‘Does Brexit Spell the Death of Transnational Law?’, Ralf Michaels (Director) recognizes that by rejecting the European Union (EU), Brexit represents the rejection of the transnational law character of the EU, the core of which is an understanding that sovereignty is shared. Michaels argues that leave voters were influenced by a certain nostalgia for the nation state and an outdated view of sovereignty, when in reality there is no alternative to transnationalism. Michaels admits transnationalism can be a hard sell, but one that represents a challenge to be overcome.

If a certain history and nostaligia were strong contributors to Brexit ideology, the question remains as to how that ideology was able to spread so effectively when opinion polls showed that voters were not particularly concerned about Britain’s relations with the EU. There is no doubt that Brexiteer messaging played loose with the facts, inflaming resentment and jingoistic passions. This coincided with the rise of rightward populism in the US and the era of post-truth politics. In ‘Economic Efficiency versus Democracy: …’, Josef Drexl (Director), notes that the Internet and its social media platforms had a major impact on Brexit as well as the election of Donald Trump. Populist political movements were able to ‘abuse the business rationale of Internet intermediaries and the functioning of their algorithms in order to win popular votes.’ This has been so successful that even as the negative economic effects of Brexit are becoming more apparent, emotional support for Brexit remains high.

One month before the Brexit referendum, a joint conference was held by the Max Planck Institute Luxembourg for International, European and Regulatory Procedural Law and the British Institute for International and Comparative Law. The conference looked at the potential impact of Brexit on cross-border commercial dispute resolution and on the role of London as a center for international litigation and arbitration. Among the speakers from MPI-Luxembourg were Burkhard Hess (Director) and Marta Requejo Isidro (Senior Research Fellow). Hess expressed his hope that Brexit would not happen and that like any divorce, the one leaving should not necessarily expect generosity from the other. For her part, Requejo Isidro expressed concern that Brexit would come at a cost.

In the end, the outcome of the referendum took many by surprise. Jürgen Basedow (Emeritus Director) predicted that Brexit would be much more complicated than many believe.

Moreover, in ‘Brexit and Business Law’, Basedow argued that Brexit would have far-reaching consequences for business law and that solutions would take much longer than the two years stipulated by Article 50 TEU. Likewise, Stefan Korch (Senior Research Fellow)  et al. looked at the implications of Brexit for company law (in German), speculating that there may be drastic changes in the legal situation of UK limited companies based in Germany.

Patent law, in particular unitary patent protection (the one-stop shop for uniform protection of patents across the EU) is another field affected by Brexit. In a 2018 research paper ‘The Impact of Brexit on Unitary Patent Protection and its Court’, Matthias Lamping (Senior Research Fellow)  and Hanns Ullrich (Affiliated Research Fellow) note many in the patent law community are hopeful the disruptive effects on unitary patent protection of Brexit may be overcome. However, the authors express doubt that the UK could continue its participation on the basis that, inter alia, the Unified Patent Court forms part of the judicial system of the EU, a system the UK no longer wishes to be a part of. Later, in July 2020, the UK withdrew from the Unified Patent Court project

The general sense of Brexit impoverishment has also been expressed in terms of the end of the involvement of British lawyers within EU courts. For example, Dana Schmalz (Research Fellow) has written of how the loss of British Advocate General Eleanor Sharpston at the CJEU is the loss of a force in European asylum law (in German).

In the area of family law, Marta Requejo Isidro contributed to a study commissioned by the European Parliament that assesses the options with regard to family law cooperation after Brexit. It provides extensive policy proposals for different scenarios: where there is an absence of agreement, where there is an agreement for the transitional period only, and where there is a negotiation for a future agreement. As with many other areas, the Brexit Agreement did not end up dealing with family law and its status remains in flux. Take heed then of the study’s proposal that ‘a bespoke UK/EU agreement on cross-border family issues would be the best option in terms of legal certainty’.

One of the big Brexit issues involves the question of citizenship. Does leaving the EU mean UK nationals must also forfeit the benefits of EU citizenship? This is not as clear cut as it may seem with a large minority of UK citizens not having voted to leave the EU and indeed many living in mainland Europe. One may drill down further and also ask, as Teodora Petrova (Researcher) has and enquire specifically as to the rights of children when subject to changes in European citizenship.

In response, there have been calls, notably from the European Brexit negotiator, Guy Verhofstadt, to create a new category of associate EU citizenship. This new associate citizenship would safeguard the EU rights of those who successfully applied for it. In “A Critical Perspective on Associate EU Citizenship After Brexit”, Martijn van der Brink (Postdoctoral Fellow at the Max Planck Institute for the Study of Religious and Ethnic Diversity, Alumnus) argues strongly against associate EU citizenship on the grounds that it violates the letter, spirit, and values of EU law and is, moreover, against the EU’s interests in respect of relations with other third countries. In the end, the idea of associate citizenship, if ever it were a serious policy proposal, never got off the ground and possibly for the reasons van der Brink outlines.

In an attempt to maintain a degree of status quo in terms of jurisdiction and enforcement in cross-border civil and commercial disputes, the UK applied to rejoin the Lugano Convention as an independent contracting state in April 2020. As of 1 January 2021, the application was still ongoing. Long before this, Burkhard Hess wrote of the ‘The Unsuitability of the Lugano Convention (2007) to Serve as a Bridge between the UK and the EU after Brexit‘.In the article he argues that the Lugano Convention, ‘which provides for an obligation to ‘pay due account’ of the case law of other Contracting Parties (including the CJEU), is an insufficient tool to keep the different procedural cultures of Civil and Common Law together’. A better solution, Hess proposes, would be a negotiated bilateral agreement that could more broadly address all aspects of the cross-border litigation.

While the Brexit Agreement contains significant terms on trade in goods and certain services, the important area of financial services still needs major development. Brexit made the issue of equivalence and recognition crucial in Europe and in 2018, Hélène Ruiz Fabri (Director)  organized with Pierre-Henri Conac (University of Luxembourg) the first academic conference on the International Organization of Securities Commissions (IOSCO) with a view to reform of the current global financial architecture. The results were later published and contained many new proposals, including the sweeping proposal to replace the IOSCO with a World Finance Organization.

COVID-19: Legal Research in a Time of Crisis