What Really Divides Us 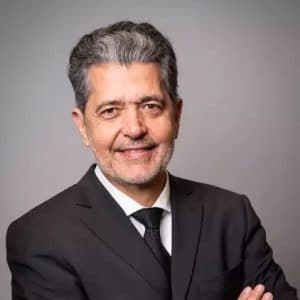 COVID-19 vaccination: Policymakers must not forgo establishing a legal mandate without good cause.

It is often argued that the introduction of a vaccine mandate would further divide society. Instead, the focus has been placed on convincing vaccination sceptics that the assumptions underlying their beliefs are scientifically untenable and that there is a moral obligation to get vaccinated—if not to protect their own health, then at least to protect the health of others. According to vaccination supporters, this moral obligation also extends to protecting the educational opportunities of children, young people, and university students; ensuring the economic survival of countless businesses and arts-and-culture professionals; and, ultimately, protecting the community from the costs—fiscal and otherwise—that threaten to become unbearable. But, the argument that mandatory vaccination would have a more divisive effect than the effort to achieve what is necessary by canonizing scientific knowledge and moral obligations fails to recognize an essential function of the law in the Western tradition, one that is also often overlooked because we take it for granted.

Real-world controversies do not start out as legal problems. An estranged married couple has a relationship problem first, not a legal problem; an overindebted company has a financial problem first, not a problem under bankruptcy law. But the law transforms relationship problems and financial problems into legal ones and develops its own criteria to address them—criteria that, though oriented toward these real‑world problems, are by no means always the same criteria a subject‑matter expert would apply. The law decides whether or not a marriage is irretrievably broken (and thus justifies a divorce) according to different criteria than those of the family psychologist or marriage counsellor. Similarly, under bankruptcy law, a company’s viability is evaluated according to different criteria than those applied in the financial and economic sectors. Even though it seems self-evident, this is not a matter of course.

Why Should Legal Criteria Be Decisive?

Though legal institutions were nothing out of the ordinary in ancient Greece—there were courts of various compositions, there were charges and judgments disputes heard by ancient Greek courts were not subjected to specifically legal standards. On the contrary, it was even frowned upon to invoke arguments of a specifically legal nature. Representation by a lawyer was in some cases a punishable offense. It was at most permissible to be represented by family members—a rule, it is said, that led some to use adoption to circumvent the prohibition on legal representation.

In ancient Greece, reliance on specifically legal arguments was seen as an inappropriate exercising of special discursive powers. Each party’s substantial argument was to be heard. No party should be able to claim to have special ‘legal arguments’ in order to gain an advantage. When Socrates was accused of corrupting the youth, he defended himself not with legal arguments but with a speech about the true nature of education. He pleaded his case, as it were, as a scholar of pedagogy, not as a lawyer.

In his book The Rise of the Roman Jurists, Bruce W. Frier describes how this first changed in Rome. He traces the change to a passage in Cicero’s oration Pro Caecina (c. 70 BC), in which Cicero advocates a decisive role for professional legal arguments. Unlike in ancient Greece, the arguments used in Roman legal disputes were increasingly categorized as either specifically legal in nature or not, and eventually only those arguments classified as specifically legal were accepted in judicial proceedings. The development of Western law has its roots in this Roman tradition. In contrast to ancient Greece, Western societies have developed, in the law, not just an institutional but also an argumentative subsystem that has achieved a certain autonomy vis-à-vis other subsystems of society. It is not only based on the specific binary code of ‘legal versus illegal’ but has also developed its own discursive structure in which arguments count only if they are presented as legal ones. To exaggerate, one could say that disputes are decided not on the basis of considerations rooted in the real‑world substance of a conflict but exclusively on the basis of a legal rationale.

At first glance, this appears to be an astonishing development in view of the real-world problems people face. Why should modern societies, with their repositories of highly specialized knowledge, be willing to make decisions not by way of direct access to these resources but instead by means of a reservoir of arguments arcane to all in society but those with training in the law? Why don’t we let marital conflicts be decided by psychological experts and bankruptcy issues by economic experts professionally qualified in these matters? Why do modern Western societies risk having conflicts decided in the legal system according to legal criteria that need not coincide with the criteria that subject matter experts would apply? Why accept, in other words, that some marriages will be declared irretrievably broken under the law even though, from a psychological perspective, they could still be saved? Why accept that some companies will be liquidated according to bankruptcy law despite still having prospects of economic success? Why do Western societies risk producing results that are suboptimal from the subject-matter expert’s perspective, in order to indulge a specifically legal discourse that is at least to some extent removed from the factual arguments?

The Transformation into Legal Issues

The reason for this development can be seen in the fact that the transformation of factual questions into legal questions allows Western societies to sustain a seemingly paradoxical state of affairs: each conflict can be decided authoritatively at any time and, at the same time, the societal discourses—whether scientific, moral, ethical, or aesthetic in nature—can remain open. They can have their cake and eat it, too. Where necessary, courts decide conflicts authoritatively, but in so doing they do not, in general, decide on historical truths, on scientific theories and findings, or on morality, ethics, and aesthetics. Even if a court declares a married couple divorced, the ex-spouses can try again with a couples therapist. They are free to not consider their relationship irretrievably broken, even if a court has just declared it so. Even if a constitutional court rules that abortions are constitutional under certain circumstances, people can continue to argue that abortions are unethical.

The added value lies precisely in the fact that the law does not decide on psychological, economic, or ethical issues but only on legal ones. This leaves the other societal discourses open. Further developments in these discourses may then, in turn, impact subsequent legal decisions. If courts were to decide authoritatively on psychological, economic, and moral issues, societies would lose a good deal of their openness and dynamism. In the development of Western societies, this appears to have been the advantage in exchange for which societies were (and are) willing to accept, to a certain extent, legal decisions that are, in the substance of the issues, suboptimal.

In the current debate about a vaccine mandate, this societal-differentiation advantage of having a specifically legal regulation seems to have been lost from view. There is widespread agreement that the only effective way to fight the pandemic is to achieve a vaccination rate that is close to the proportion of the population to which mandatory vaccination—given the necessary exceptions for children and persons with special vaccination risks—could even apply at all. Yet, at the same time, a partly scientific and partly ethical dispute rages in society about whether or not the vaccinations make sense. Although billions of administered vaccinations prove otherwise, some still doubt both the medical efficacy and medical safety of vaccinations; others continue to regard not getting vaccinated as a legitimate expression of their individual freedom, despite the obvious dramatic consequences of the insufficient vaccination rate.

So far, policymakers have attempted to overcome this resistance by asserting medical truths and moral certainties in an authoritative manner. This means that vaccination sceptics and vaccination opponents must be branded as obscurantist and immoral. Politicians have to set the high moral tone. They try to shame people into vaccination. In fact, there has already been talk of the ‘tyranny of the unvaccinated’. This is unavoidable when policymakers try to authoritatively decide scientific and ethical conflicts. It follows then that an open discourse can no longer be tolerated.

Without Claim to Truth

Instead, policymakers should use the same means that Western societies have relied on ever since Cicero’s plea in order to bring about necessary authoritative decisions: the law. A universal requirement to be vaccinated under the law would have to lay claim neither to scientific truth nor to moral irrefutability. Anyone would still be free to dispute a vaccination mandate using (pseudo)scientific arguments or to question whether the requirement is ethical. Shifting the decision that needs to be made into the sphere of law would have the effect of unburdening other discourses. Policymakers would no longer have to shame sceptics and seek to stigmatize them by excluding them from public life. The growing epistemic, political, and ethical divide would not be further exacerbated by policymakers. Policymakers would only have to decide on the conflict in legal terms.

The legal decision cannot of course be entirely separated from the other discourses, such as that of scientific scholarship. Requirements inherent to the legal system itself—for example, the proportionality requirement for encroachments on fundamental rights, which requires that any infringement be suitable for their purpose—ensure that this is the case. Vaccinations must be effective and a high vaccination rate must actually limit the further spread of the pandemic. Yet, even constitutional courts do not decide on the scientific truth of such assumptions but merely demand scientific plausibility, the assessment of which falls within the prerogative of the legislature.

In view of the fact that nearly the entire population needs to be immunized, policymakers are forgoing the use of the law despite having no compelling reason to do so. Although a detailed argument for the constitutional legitimacy of vaccine mandates is beyond the scope of this text, it can nevertheless be pointed out that legal vaccine mandates and the legal treatment of such mandates—including the implications under state liability law—have a long-standing tradition in Germany. As early as the 1950s, the obligation to vaccinate against smallpox was used as a basis to refine the general claim to compensation from the German state for harms caused by state actions undertaken in the public interest (known as the Aufopferungsanspruch) to include damage caused by vaccination.

As recently as 2020, the German Federal Constitutional Court rejected emergency applications for interim relief from compulsory measles vaccination as well as for compulsory corona vaccination for the health sector. The European Court of Human Rights also recently ruled that far more extensive universal vaccine mandates at the national level (vaccinations for children against nine diseases) are unobjectionable from a human rights standpoint, and it also rejected requests for interim measures against COVID-19 vaccine mandates. In the case of COVID-19 vaccination, there are neither convincing reasons in favour of a different constitutional assessment than in the case of the traditional vaccination mandates, nor are there reasons to assume that the Federal Constitutional Court will break with this tradition and come out in opposition to the European Court of Human Rights’ interpretation of the European Convention.