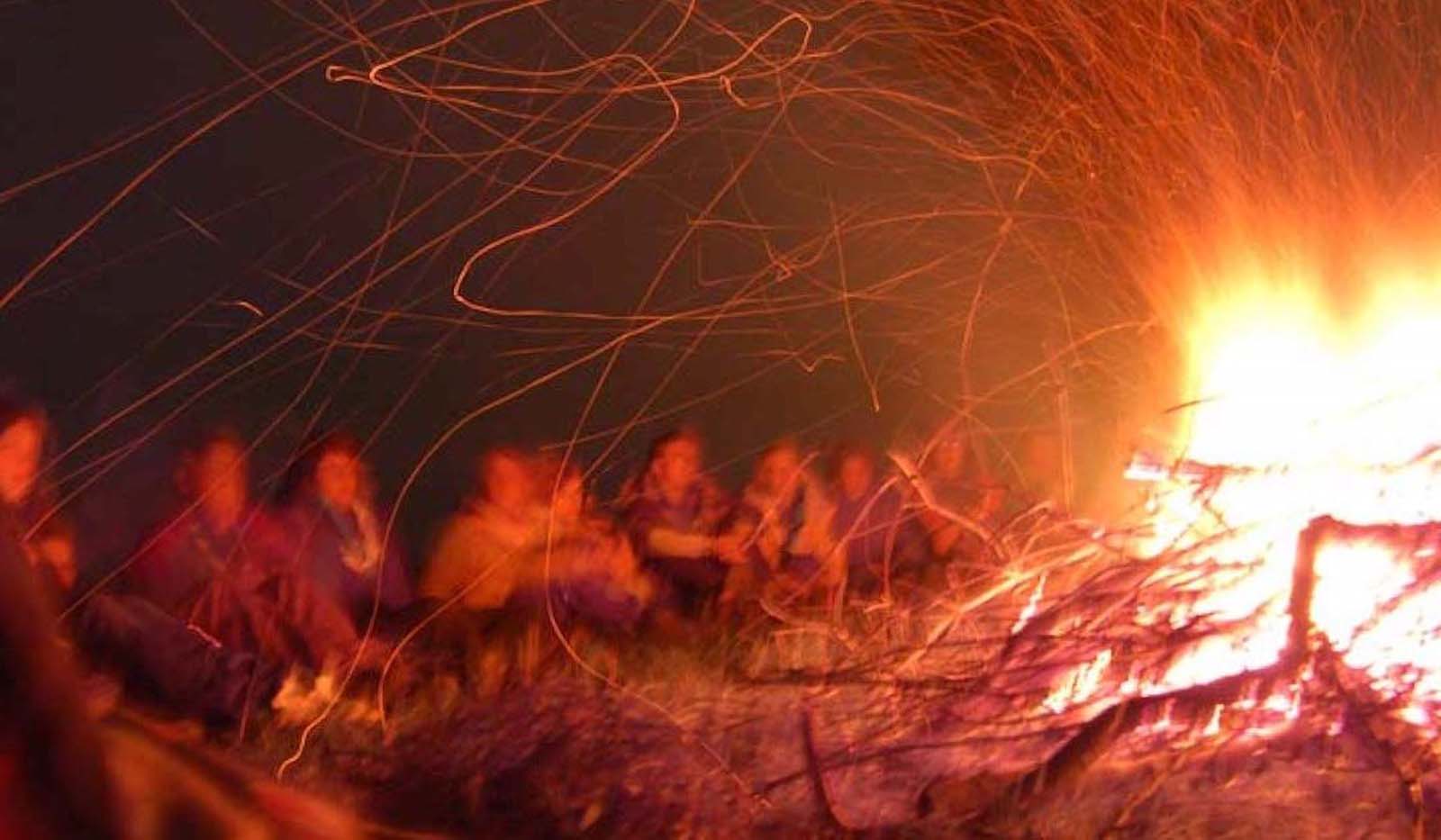 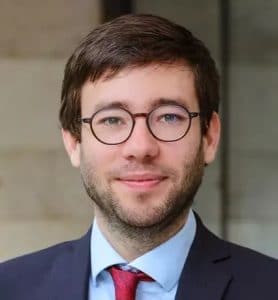 Rechtsgemeinschaft is a key expression of European law. It is also highly contested. It functions as a ‘reflectional stop’ in that, when invoked, no further justification is necessary. The following contribution examines the language-games and epistemic challenges in the translation of Rechtsgemeinschaft from the perspective of legal history.

Rechtsgemeinschaft (lit. legal community) brings together two hugely important terms of intellectual history: ‘law’ and ‘community’. In German conceptual history, the term Gemeinschaft (community) was used to convey the idea of an ideal type of actual, organic, and permanent association of people. It was constructed in strict opposition to Gesellschaft (society). Gemeinschaft therefore carries certain overtones that the terms ‘community’ in English and ‘communauté’ in French do not. Nevertheless, in all three languages the expression opens up a huge field of associations making it impossible to determine a strict conceptual meaning a priori. Rechtsgemeinschaft can be involved, on the one hand, in arguments for the unity and coherence of the legal order as well as, on the other hand, arguments for individual rights (corresponding to a community between individuals with subjective rights).

The Court of Justice of the European Communities (CJEC) decision in Les Verts (1986) was an important recent populariser of the expression in French (communauté de droit) and other European languages. Communauté de droit served as an argument to prevent Member States and  Community institutions from avoiding judicial review by the CJEC.  Since then, competing language-games (see Ludwig Wittgenstein) within German discourse have given rise to nuances such as the Rechtskulturgemeinschaft (community of legal culture) and Grundrechtsgemeinschaft (community of fundamental rights).

The Rechtsgemeinschaft, legal community, and communauté de droit relate back to several common notions in antiquity. However, Rechtsgemeinschaft has so much more significance than its English and French counterparts that only in Germany has it become a point of controversy in the context of EU law. There are a number of further reasons for this: German grammar allows for compound nouns, merging components linguistically into one word. Over time, this will have promoted the indexing and keywording of Rechtsgemeinschaft over its international equivalents. English, in particular, has many versions, including ‘community of law’, ‘community based on law’, and even ‘society of law’. The Court of Justice of the European Union (CJEU) uses ‘community based on the rule of law’.

The translation to different languages has potential for misunderstandings. Interestingly, the CJEU’s English phrase is semantically a lot closer to the concept of the rule of law, which does not refer to  statehood. This differs from most other languages that incorporated the German Rechtsstaat as a loan word. For instance, Rechtsgemeinschaft and Communauté de Droit tend to serve as functional equivalents to Rechtsstaat and État de Droit. Such linguistic variances, aligned with different expectations of British and continental academia towards European integration, can lead to considerable misunderstandings. This is why one cannot speak of Rechtsgemeinschaft simply in terms of a legal transplant. Indeed, the term is contested even in German, subjected as it is to myriad language-games by writers such as Friedrich Carl von Savigny, Otto von Gierke, Hans Kelsen, and Carl Schmitt. ‘Legal community’ is a literal rendering of Rechtsgemeinschaft, but the complexity of the intellectual, cultural, and historical context is lost in translation.

Walter Hallstein, who was the first European Commission president, is the most significant authority behind the concept of Rechtsgemeinschaft in EU Law. According to him, the European Community was a Rechtsgemeinschaft as it was a creature of law (Rechtsschöpfung), a legal source, and a legal order. These expressions are internationally meaningful but in German, they resonate with a long line of development in German legal theory from the nineteenth century onwards.

At the same time, it is not easy to reconstruct Hallstein’s concept in a completely coherent way: How can the Rechtsgemeinschaft be a creature of law as well as a source of law? In other words, how can it create itself? Although it is highly unlikely that Hallstein intended to theorize the possibility of such legal creation ex nihilo, he clearly wanted to use the legitimizing potential of certain fundamental terms without considering their inherent contradiction. Hallstein’s Rechtsgemeinschaft reveals an uncertainty about the foundation of European law. It was no coincidence that he advanced the concept around the same time as the famous court decisions of van Gend & Loos and Costa/ENEL were rendered. Even today, the CJEU faces accusations of legal creation ex nihilo. In short, Hallstein’s Rechtsgemeinschaft cannot logically justify the EU legal order, despite his best intentions.

Generally speaking, the practitioners of early integration faced the problem of finding a language that was not obviously state-centric even though the continental concept of law had been shaped for centuries through the lens of statehood. One of the early contenders was the concept of supranationality. However, this was eventually jettisoned to accommodate an overtly integrationist policy.

Companions of Hallstein occasionally noted that the concept of Rechtsgemeinschaft had been particularly dear to him. His texts allow for this interpretation but they do not suggest it. He tinkered with the concept for years but often he would omit it from discussions where it was potentially relevant. In the explicitly conceptual chapters of his book Die Europäische Gemeinschaft, the term Rechtsgemeinschaftis conspicuous by its absence. For Hallstein, Rechtsgemeinschaft  should not have been any more important than the concepts of of supranationality, constitutionality, or federalism. Hallstein was pragmatic, but as a private law professor he was also familiar with German academia’s expectations of conceptual work (Begriffsarbeit). Even today, there is a strong belief amongst German legal scholars that coherent conceptual work is what makes legal discourse academic.

Since Hallstein, Rechtsgemeinschaft has developed the reputation of being part of an ambitious integrationist vocabulary towards a European federation. Clearly, nobody wants to live in its polar opposite: a ‘community of force’ or ‘community of power’. But even asymmetrical counter-concepts like ‘administrative community’ carry very little political pathos. Other authors have therefore had trouble coming up with ways to counter the expression semantically. Today, Rechtsgemeinschaft is part of the language-games of intergovernmental EU concepts. For instance, the Rechtsgemeinschaft of States has been used to formulate an argument against constitutionalization.

Recent Talk of the European Rechtsgemeinschaft

Arguably, Rechtsgemeinschaft is now open to diverse and even opposing argumentations in EU law discourse. This became evident in the reactions to the judgment of 5 May 2020 of the German Federal Constitutional Court (FCC) on the European Central Bank’s Public Sector Purchase Programme (PSPP). Controversially, the judgment implied a conflict between the competences of the FCC and CJEU. In his opening speech in support of the judgment, presiding judge Andreas Voßkuhle claimed that ‘the idea of a European Rechtsgemeinschaft’ did not lose any of its meaning during crises and that discussions between national courts and the CJEU were ‘a constituent part of such a lively European Rechtsgemeinschaft’. A few days later, the President of the European Commission Ursula von der Leyen directly criticized the FCC judgement and affirmed the European Union as a Rechtsgemeinschaft that ‘must be upheld and defended at all times. This is what keeps us together. This is what we stand for’.

By lingustic convention, Rechtsgemeinschaft is used emphatically and without qualification. The expression often presents itself as a final explanation but in reality, it points to a theoretical Neverland. The sheer number of language-games makes it impossible to refute any given understanding of the term. There is no option for others but to refer to the term likewise, while all difference in meaning is left unaddressed. While Rechtsgemeinschaft is presented as axiomatic, its meaning remains implicit. That is why, borrowing a term from Niklas Luhmann, the Rechtsgemeinschaft functions as a ‘reflectional stop’ (Reflexionsstop).

The language conventions of English and French are not completely free from this critique but pose lesser problems. Rechtsgemeinschaft has a degree of suggestiveness that is unique in German. French authors in particular often acknowledge their communauté de droit as a German loan word, an ‘alien’ word, so the term generates suspicion. As a result, anyone who introduces it into scholarly discourse in France is required to provide an explanation or to concede upfront that it is a political phrase.

The judicial conflict between the CJEU and the FCC has once again exposed the conflict surrounding the understanding of Rechtsgemeinschaft, a term that was popularized by judges and politicians rather than legal theorists. While German legal scholarship has recently started to critically reflect on the term (see e.g. Armin von Bogdandy), one could do worse than to avoid use of the term in doctrinal discussions. Terms in general are ambiguous. But Rechtsgemeinschaft is not only ambiguous, it also fails to represent a coherent legal discourse.

This text is loosely based on a German version: ‘Was ist die europäische Rechtsgemeinschaft? Nichts. Alles!‘, VerfBlog (25 June 2020), https://verfassungsblog.de/was-ist-die-europaeische-rechtsgemeinschaft-nichts-alles/. Many thanks to Dr Gilbert Leung who helped me avoid the pitfalls that come with the translation of a German debate.