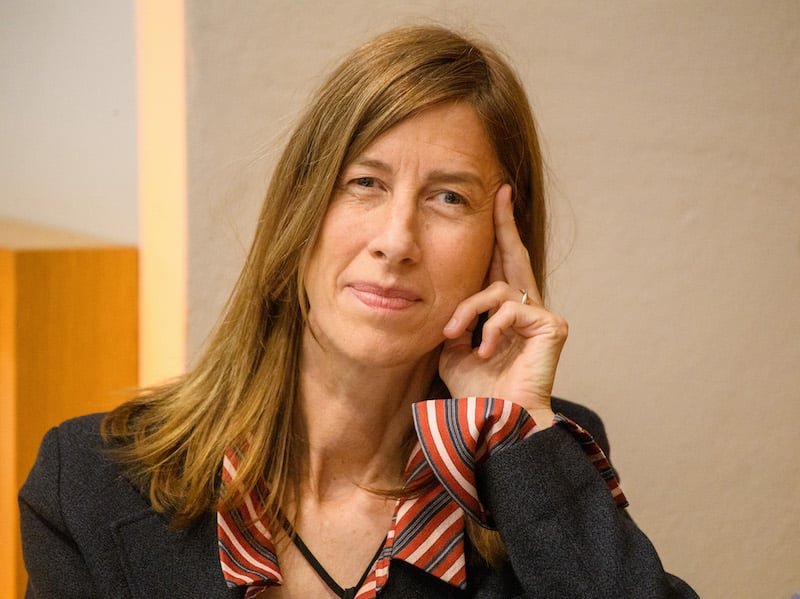 It is with shock and sadness that we learned of the sudden passing of Karen Knop, Professor & Cecil A. Wright Chair, University of Toronto. Karen Knop is recognized as one of the leading scholars in public international law worldwide. At the time of her death, Karen Knop was in the middle of a three-year period as a Max Planck Law Fellow. Together with Institute Directors Anne Peters and Ralf Michaels , she led an ambitious research project titled ‘The State of/in International Relations—New Foreign Relations Law between Public International Law and Conflict of Laws’. As recently as June of this year, twenty young scholars from all over the world had the opportunity to experience her brilliance first-hand during a summer school in MPI-Heidelberg.

We remember Karen Knop as a colleague and friend to many, and mentor to countless more. She spread joy and ideas wherever she went.

Foreign relations law (FRL) can broadly be described as that part of the law that regulates a state’s conduct vis-à-vis other states and international organizations. FRL includes, for example, the constitutional requirements of ratifying international treaties, the role of international law within the domestic order, the competences given to diplomats to engage in negotiations, and so on. This area of the law is typically understood as domestic public law: in Germany it is called ‘Staatsrecht III’, and in North America it is frequently taught and researched by constitutional lawyers. In a recent prize-winning Oxford Handbook of Comparative Foreign Relations Law (Bradley, ed., 2019), to which both Prof. Karen Knop and Prof. Anne Peters contributed, the focus is primarily on domestic public law; this is also the primary focus in The Double-Facing Constitution (Bomhoff, Dyzenhaus & Poole, eds, 2020), to which Prof. Karen Knop contributed, as well as in other current volumes.

This traditional understanding of FRL as tied neatly to a state and its constitution has, in recent years, become increasingly questionable. First, at least in the United States, it has led to a marginalization of international law at the expense of domestic law—international law is often discussed and treated as though it were federal common law. Second, the focus underappreciates the changing role of the sovereign state under conditions of globalisation, which no longer complies with the neat container theory that was familiar throughout much of the twentieth century. Third, by now, much foreign relations law happens on account not of the state but of regional sub-units—cities, Länder—semi-autonomous institutions—central banks, antitrust regulators—or, indeed, NGOs. The field has to catch up with these developments; it can only account for them if it is both expanded beyond constitutional law and deepened in its theoretical and interdisciplinary foundations.

The project aims to expand FRL in two directions. First, the project will reestablish— analytically, critically and historically—the close relation of FRL with public international law (PIL). Most PIL is produced by FRL and stands in a relation of mutual dialogue with FRL. (Indeed, the US Restatement of Foreign Relations Law in its previous edition served in large parts as a Restatement of PIL, as seen from the perspective of the US).

The project aims to deepen FRL through a historical-comparative and theoretical perspective. This enhanced understanding enables a focus on under-researched issues.

The Max Planck Law Fellow Group is headed by Professor Karen Knop and brings together researchers from  and under the direction of Professors Ralph Michaels and Anne Peters.