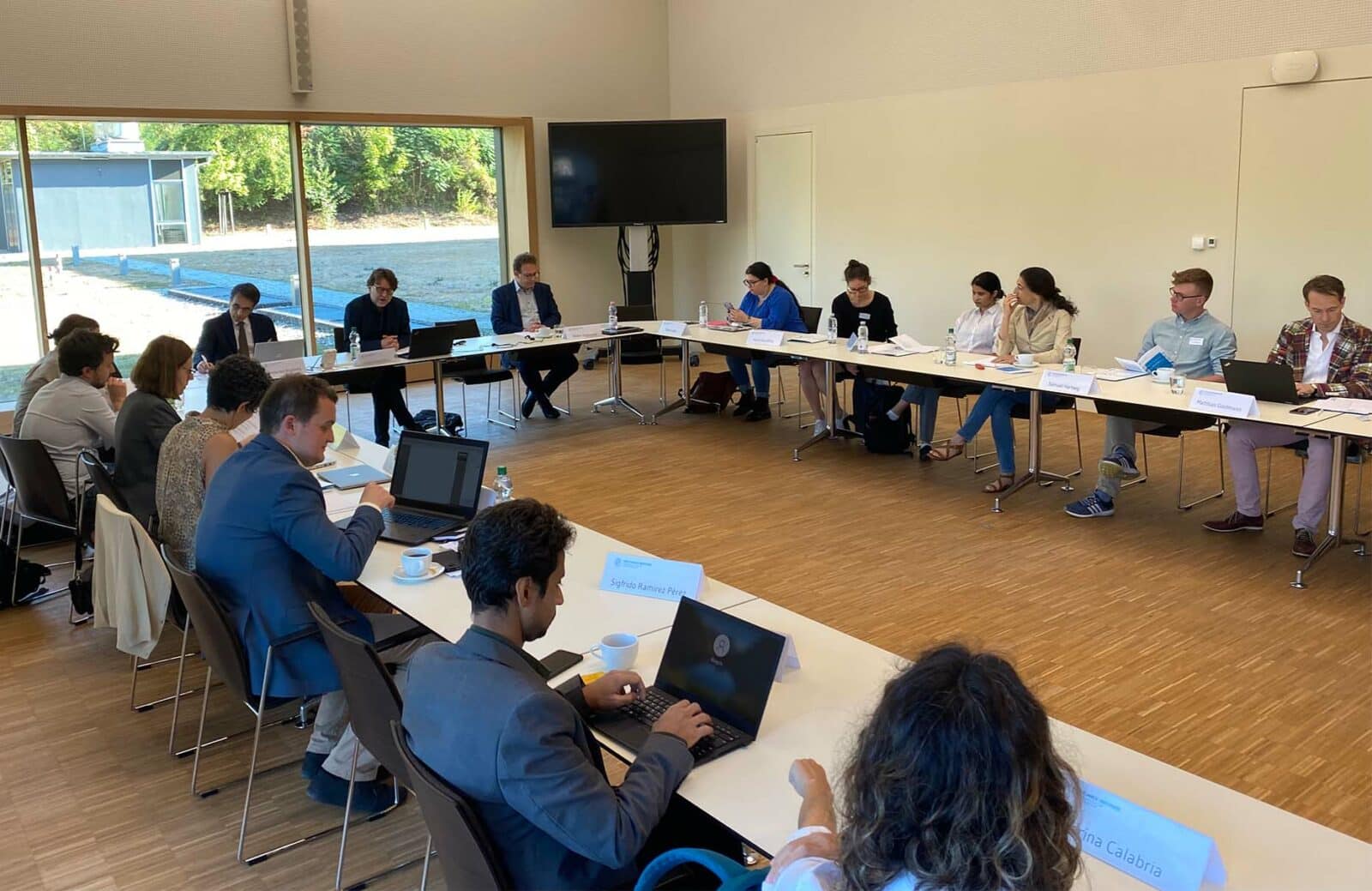 The workshop, hosted by the Max Planck Institute for Comparative Public Law and International Law , was organized as part of a research project that underpins a Max Planck Law Fellow Group headed by Vauchez in cooperation with Professors Armin von Bogdandy and Stefan Vogenauer . The insitutions in the spotlight were not only courts and their judges, but also national banks, the European Central Bank, and the bodies of the European Union.

While the work of analysing the meaning(s) and form(s) of independence at the intersections of these institutions is yet to be done, the workshop nevertheless made clear—for example, through critical biographies, legal and economic histories, text mining methodologies, etc—the problematic nature of the claims to independence of modern democratic institutions. What may seem independent, on closer inspection may be either not independent enough leading to the demand for greater independence; or too independent, leading to the demand for greater accountability.

As a relational concept, independence does not easily admit of a simple definition. The question of defining the concept, whether it is possible or even necessary, may itself be the subject of contestation. The great challenge of this Max Planck Law Fellow Group will be negotiating such questions and to ultimately ask: Independence of what, from what, for what?