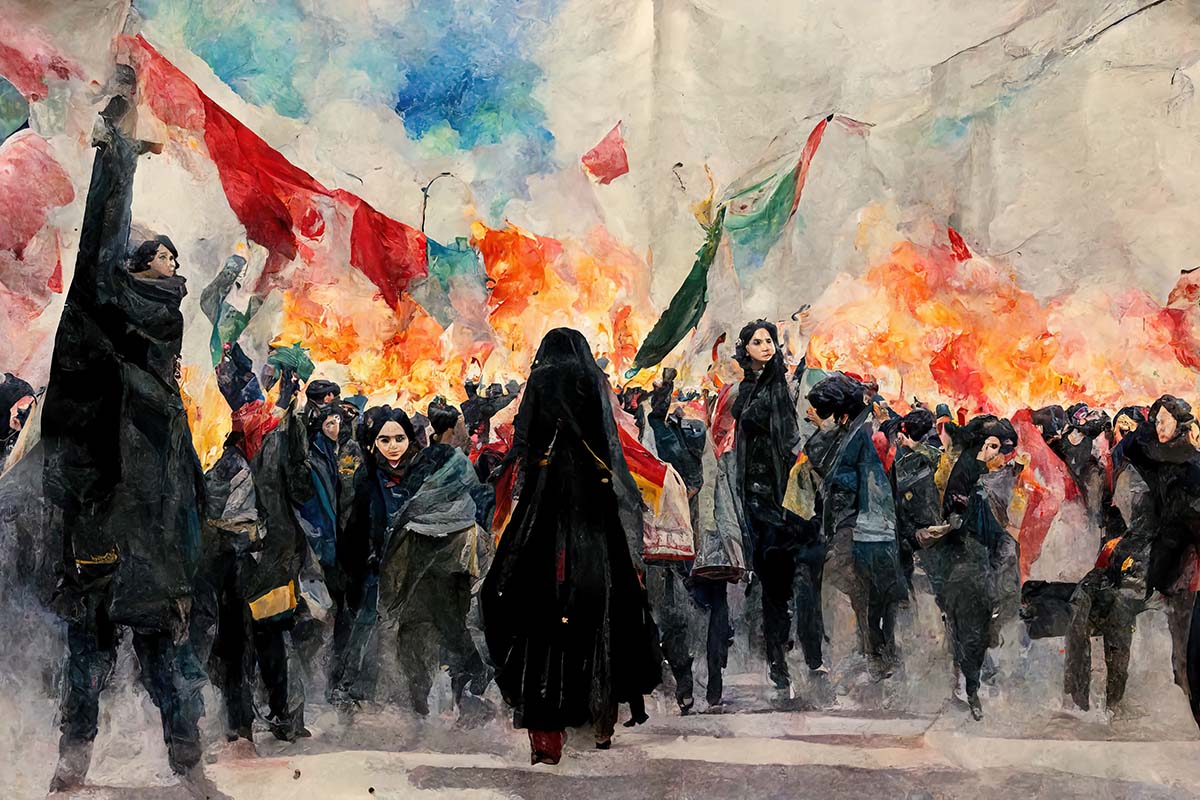 Following the death of 22-year old Iranian woman Mahsa Gina Amini on 16 September 2022 after an incident involving the wearing of the veil, there was both national and international outcry. We collected your preferences via social media for questions on law and Iran and put them to Professor Dr Nadjma Yassari, Senior Research Fellow and Head of the Research Group ‘Changes in God’s Law—An Inner-Islamic Comparison of Family and Succession Laws’ . Her main fields of research are private international law, and family and succession laws of Muslim jurisdictions. She has taught Islamic law at the University of Hamburg since 2015.

Which misconceptions do Western-trained jurists have when thinking about Iran?

Generally, I observe a tendency to slip into essentialism and to equate Iran with Islam and Islam with backwardness. On the other side, some tend to idealize the period under the Pahlavis. While there are substantial sources discussing those positions, most people who formulate these views are often poorly informed.

The Iranian constitution constitutes a hybrid form of state with democratic-republican and theocratic-authoritarian elements. This antagonism between ‘Islamic’ and ‘republic’ is already expressed in the state’s name, which is officially ‘Islamic Republic of Iran’.

At the head of the constitution is the so-called supreme jurist (Rahbar), who yields extreme powers. The figure goes back to Ayatollah Khomeini, who wanted to establish an Islamic state. Khomeini rejected the prevailing view in Shiite doctrine that refrained from taking an active involvement in politics. Instead, Khomeini argued that the clergy has a duty to take on political power and establish a state based on religious foundations, and apply Islamic law.

This was a radical divergence of prevailing ideas and thus an extreme example of the adaptation of Shiite-Islamic law to modernity. Khomeini’s concept of state was a consequence of early twentieth century political thinking, in particular of Arab thinkers such as Muhammed Abdu on political Islam.

Is the current constitution flexible enough to accommodate the demands of the protestors today or is another revolution needed?

The constitution is moulded around the figure of the Rahbar, who is at the top of the constitution, above the president and parliament, two bodies directly elected by the people. His powers are enormous: He is commander-in-chief of the armed forces, has the right to declare war, and appoints and dismisses the head of the judiciary and the head of the state media, among others. He controls the security apparatuses, the Revolutionary Guards and the religious foundations.

Equally, changes to the constitution are decided by a committee that he presides. According to Principle 177 of the Constitution, the Islamic character of the country’s political order, the need to base all laws and regulations on Islamic criteria, the religious foundations and goals of the Islamic Republic of Iran as well as the official religion and school of law of Iran are unchangeable.

So depending on how any particular demand for change is interpreted, the odds may vary.

Women’s proper dressing has always been a matter of controversy amongst Islamic scholars and is still today. At the same time, one must differentiate between the religious command itself (whatever the content) and the right of the nation state to enforce it. Dress codes for women are not an invention by the Islamic Republic. In 1936, in his efforts to modernize Iranian society, Reza Shah Pahlavi banned the hejab, only to lift the ban in the wake of pressure from conservative circles five years later. In 1983, the Islamic Republic made the hejab compulsory in public spaces, and violations subject to criminal sanctions. This is still the state of the law today.